So many things this week! First… Nice review/endorsement from Dave DiMartino the Executive Editor of Yahoo Music who has also worked at Billboard, Creem and Rolling Stone. And a video of our Yahoo/SXSW performance of Front Porch Trained! 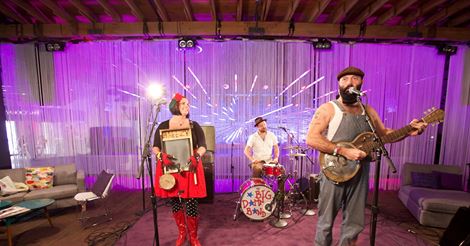 “I look like a farmer, but I’m a lover!” howls Rev. Peyton on his Big Damn Band’s cover of the 1962 Bo Diddley hit, “You Can’t Judge a Book by Looking at the Cover.” The Hoosier may sport overalls and biceps like tree trunks, and he may live in a log cabin in the Midwestern wilds, but he has always displayed a strong affection and a deep knowledge of his blues/rock/roots/folk/whatever forebears. “You Can’t Judge a Book” features the Big Damn Band’s big damn cover of the Willie Dixon, b-sided with their take on “Some These Days I’ll Be Gone” by Charley Patton.” It is a 7inch 45rpm, and half of them have been signed by Rev. Peyton.  They will disappear fast, so get there early on record store day!  Support Indie stores and Indie music!  The Charley Patton song was recorded at Third Man Records in Nashville, TN, and the Willie Dixon song was recorded at Farm Fresh studios in Bloomington, IN. 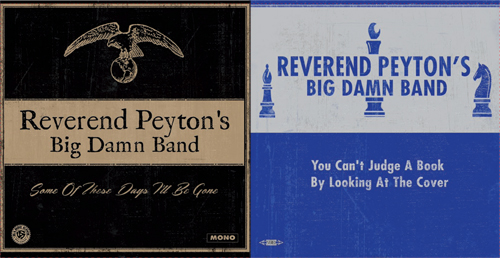 Also released this week is Hooligans United a tribute to Rancid! We cover Olympia, WA on the album, and we are pretty proud of how it turned out!  There are so many amazing bands on this tribute.  We can’t believe they thought to include us among these all-stars.  Very honored!  Go here for more info… https://www.rancidtributerecord.com/ 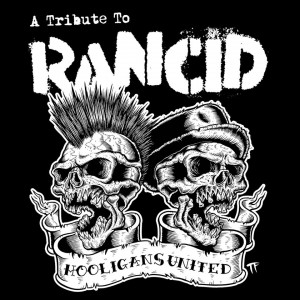 Recently, while we have been on tour, Indiana has been in the news for less than positive reasons.  Many fans and reporters have asked us about the situation, and frankly The Rev. has been very upset that Indiana ‘s reputation as the most hospitable place in the USA has been tarnished. Hoosier Hospitality is real!  Believe that! “The Indiana that I know and love is welcoming, friendly, and warm. Especially where we live in Southern Indiana it is a unique mix of North and South that oozes charm and hospitality,” says The Rev. Peyton. While at SXSW The Rev. Peyton’s Big Damn Band were invited by Chris Funk of the Decemberists to be a part of a charity show for https://www.mymusicrx.org. After the show Chris Funk, a native Hoosier, wrote to us and asked us if we wanted to be a part of something to combat this negative image that has befallen our great state. 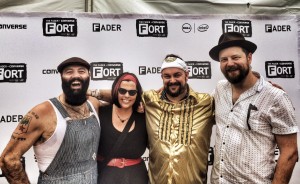 This CD project was born of these discussions, and we are very proud to be a part of a project with so many great artists, and our old friend Lil Bub (Who you may remember from our Something for Nothing Video). We believe Indiana is a welcoming place, maybe the most welcoming place in the USA.  The song that we contributed was from the So Delicious recording sessions.  It didn’t make the cut for the album mainly because of length.  It is a song about the paving of Yellowwood State Forest, one of Rev. Peyton’s favorite fishing/camping/hiking/hunting/foraging spots.  The Song is called Orange Triangle (it’s our home). We hope you enjoy! 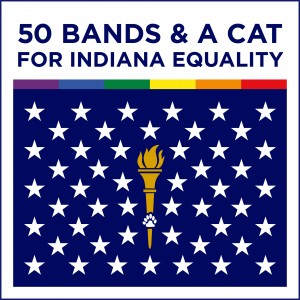